As we witness widespread US and global public rebellions taking place following the police murders of Breonna Taylor and George Floyd, the lynching of Ahmaud Arbery, countless incidents of anti-Black racial profiling, and ongoing legacies of slavery across a modern world profoundly anchored in anti-Black racism, the Association of Latina/o & Latinx Anthropologists wishes to voice our support for various political movements, demonstrations, and acts of protest seeking justice for victims of anti-Black violence and the abolishment of this anti-Black world.

For the Association of Latina/o & Latinx Anthropologists, the abolishment of an anti-Black world is not simply an abstract project of indicting white supremacy as a historical and contemporary structure rooted in the globalization of European colonialism, but rather an intimate reckoning with anti-Blackness and white supremacy that pervades our communities, as evidenced by the ubiquity of anti-Black racism throughout Latin America, the Caribbean, and their diasporas. On the one hand, this involves the interrogation of invidious colonial distinctions that have led to the production and celebration of a whitewashed Latinidad steeped in anti-Blackness and anti-Indigeneity. On the other, it requires a critical examination of “brownness” as a stereotypical reference point for Latinidad that simultaneously stakes a claim to racial marginalization and proximity to whiteness through troublesome ideologies of mestizaje. The universal framing of Latinxs as people of color erases the hegemony of whiteness and white supremacy in our communities, preventing us from addressing endemic Latinx anti-Blackness and the systematic marginalization and erasure of Black Latinxs. In the context of these power relations, the slogan “Latinxs for Black Lives” erases Blackness from Latinidad rather than joining long-standing Afro-Latinx and Black movements throughout the Americas and the world in affirming that Black Lives Matter/Las Vidas Negras Importan. Lorgia García Peña speaks powerfully to the pitfalls and potentials associated with these struggles in her assertion that, “the most pernicious, vicious, destructive, and lasting effect of U.S. colonialism in Latin America has been the production of the struggles of colonized peoples–Black, Brown, Indigenous, Asian–as separate and, at times, contradictory to Black freedom rather than as the entangled, intrinsically linked struggles for liberation and democracy that they are.”

Working in solidarity with Afro-Latinx and Black social movements requires a rejection of homogenizing invocations of the political identity, “people of color.” Although this category emerged in conjunction with substantive efforts toward interracial coalition building, it has too often been used to suggest that there is straightforward solidarity among racialized populations rooted in shared experiences of marginalization and discrimination. Recent incidents in longstanding Latinx and African American communities in Chicago and New York City, in which Latinxs have participated in anti-Black policing and surveillance of demonstrators, points to hierarchies that continually recruit Latinxs to stake a claim to US belonging through the reproduction of anti-Black racism. Troublesome investments in US belonging are also reflected in Latinxs’ complicity in the reproduction of narratives about the US as a “nation of immigrants” and the “American dream” that erase colonial histories and ongoing legacies of Indigenous genocide and African enslavement across the Americas. Immigration discourses focused on Latinxs also systematically marginalize and erase the experiences of Afro-Latinx migrants and African migrant populations more broadly. Simply asserting that migration is a fundamental human right is insufficient because of the ways that humanism has been continually constructed in opposition to Blackness and Indigeneity. Redefining borders, rights, and humanity requires nothing less than abolition and decolonization.

As Latina/o & Latinx Anthropologists whose lived experiences and work often center on interlocking structures of oppression and justice struggles formed in response to them, including movements seeking to address reproductive and environmental justice, gender-based violence, migration rights, policing, detention, incarceration, labor exploitation, educational malpractice, gentrification, segregation, and stigmatizing media portrayals, we must commit to centering anti-Blackness in our attention to these dynamics. This involves the rejection of zero-sum logics of progress and the creation of visions of justice for Latinx communities that center Black Latinxs and Black life more broadly.

Key to this work is lifting up the names of Black women in particular who have been disproportionately targeted by anti-Black violence yet whose lives and stories have not often risen to popular consciousness because of structures Moya Bailey has termed misogynoir, which simultaneously reproduce anti-Black racism and cisheteropatriarchy, positioning all Black women on the margins of society. We join Black feminist activists and scholars in saying names including Breonna Taylor, Atatiana Jefferson, Pamela Turner, Korryn Gaines, Sandra Bland, and Shantel Davis.

It is imperative that we recognize and honor Black transgender victims of police brutality, and commit to supporting Black trans life. Because of the deadly intersection of anti-Black racism and cisgenderism, Black transgender people are subject to exorbitantly high rates of violence by the prison industrial complex, including the police. Yet, not only are they invisibilized by dominant society, but also in seemingly inclusive conversations about lethal police brutality. Upon death, as in life, Black trans people are misgendered, disregarded, and dehumanized. We join Black transgender actvists and scholars in saying names including Tony McDade, Duanna Johnson, Layleen Polanco, and Mya Shawatza Hall.

We also recognize that saying these people’s names and learning about their stories is but one among many concrete actions we must take. We must go beyond words of solidarity in our commitment to battle anti-Blackness that plagues academia, the United States, and beyond.

The Association of Latina/o & Latinx Anthropologists commits to naming the intersecting oppressions that still exist within our discipline, as Black feminist anthropologists have done before us. We commit to citing Black women and centering critical knowledges born out of Black and Afro-Latinx experiences. To this end, we support the Black Latinas Know Collective, a group of Black Latina scholars who have produced innovative and important intellectual contributions to the intersectional study of Latinidad and Blackness. We commit to interrogating and addressing the ways Latinx research often reproduces anti-Blackness by erasing Afro-Latinx voices and experiences. This involves centering and supporting the work of Black Latinx colleagues at all career stages, as well as recognizing and combating the erasure of Black Latinxs in the design of courses and curricula. We commit to fostering collaborations and allyship with our colleagues in the Association of Black Anthropologists and other organizations that uplift Black lives. Lastly, we encourage our members to donate to bail funds to liberate protesters.

We invite others to join us in these commitments and to imagine a present and future world in which pervasive anti-Blackness is eradicated. In the words of Patrisse Cullors: “We are in a historical moment where we can make great shifts inside and outside US borders to ensure that Black Lives Matter around the world.” Lorgia García Peña further articulates this vision of comprehensive societal transformation, arguing that, “Dismantling one injustice requires that we confront all injustice. The oppression of Black people–Black women, Black LGBTQ, Black migrants–must therefore be confronted together. Black Lives Matter. Black Women Matter. Black LGBTQ Matter. Black Immigrants Matter. Black Refugees Matter. Black Latinxs Matter.” The time to heed Cullors’ and García Peña’s wisdom is and has always been now. 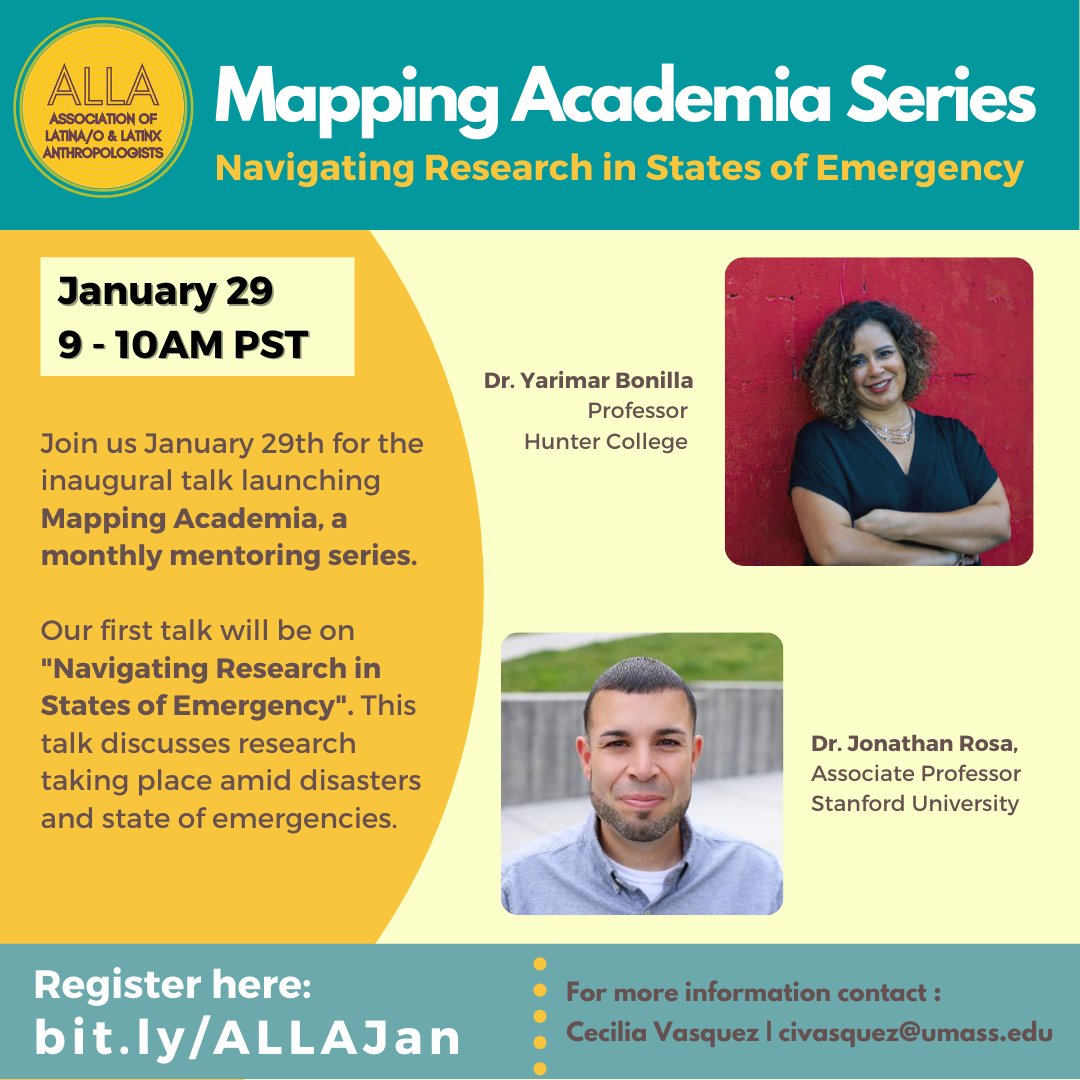 My Spring 2021, a new course “Black and Indigenous Ecologies.” https://t.co/y0TSDSwDpa
View on Twitter 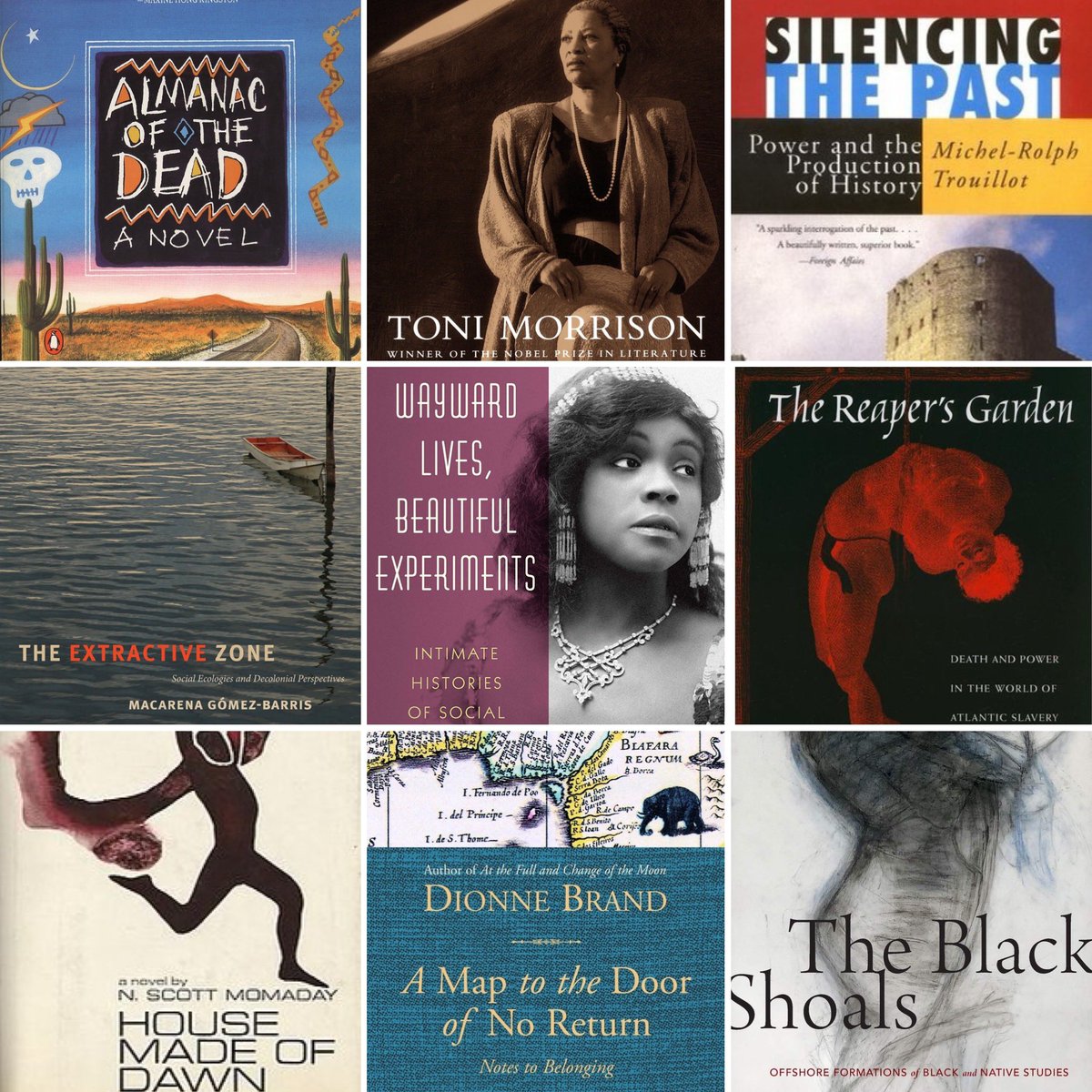 Can y'all recommend some good readings in regards to 'invasive species'? Particularly interested in those that might be connected to military installations. Thanks in advance, twitterees!
View on Twitter
3
0

We are live! You can now visit our website to learn more about our organization, check out our awards, sign up to our email lists, and become a member. We are cooking up some great events, so make sure to stay in the loop!